The purpose of the section is to provide an organization within The Florida Bar open to all members in good standing who have an interest in administrative law and procedure at both the state and federal levels.

The Section provides a forum for the improvement and development of the fields of administrative law and procedure and agency practice. The Section provides opportunities for continuing education for members, professional growth, publishing, and leadership, as well as awards for outstanding service.

The section serves the public generally and The Florida Bar in interpreting and carrying out the professional needs and objectives in these fields. 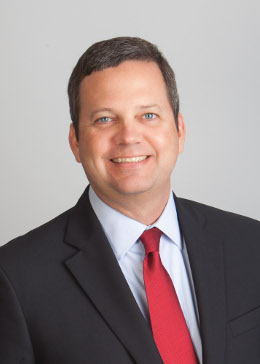 Message from the Chair:

View Full Message from the Chair

Congratulations to Brittany Finkbeiner, Jodi-Ann Livingstone, and our section chair, Brian Newman, on their recent appointments to be Administrative Law Judges at the Division of Administrative Hearings!

Congratulations to our very own executive council member Judge Anthony Miller on being sworn in (while maintaining appropriate social distancing!) as the newest circuit judge in the 2nd Judicial Circuit!

On Friday, April 3, 2020 Governor DeSantis appointed me to serve as a circuit judge in the 2nd Judicial Circuit. Therefore, I submitted my resignation as a county judge, and yesterday Judge Layne Smith, my assigned mentor judge, swore me in as the newest circuit judge for our Circuit!! As you can see we made every effort to adhere to the COVID-19 social distancing guidelines. I am excited to take on this new challenge!!

They say the only constant thing in life is change. This message is devoted to new programs offered by the Administrative Law Section and other positive changes affecting the practice of administrative law that you should know about.

You would probably not be surprised to learn that the majority of our members reside in the Tallahassee area. That demographic makes it easy to plan events in Tallahassee but we are making an effort to better serve administrative law practitioners who reside elsewhere by establishing a South Florida chapter to host events and CLE programs. Please contact Sharlee Edwards at sedwards@amerijet.com or Paula Savenchenko at PaulaSavchenko@floridasalestax.com if you are interested in attending or planning an event to be held in South Florida. Also, keep a look out for the announcement of a Central Florida location for our long range planning retreat to be held in April 2020. And remember, all ALS members are welcome—you do not have to be an officer or executive council member to attend.

The Section and DOAH jointly sponsored the first DOAH Trial Academy this year, a week-long intensive CLE program devoted to administrative litigation. Twenty students completed the program and earned 42 hours of CLE credit, all of which count toward board certification in State and Federal Government and Administrative Practice. Financial support was provided by Foley & Lardner, Parker Hudson, and the Pennington Law Firm which allowed us to offer the program at no charge to Section members. Students who attended the program were also eligible to participate in the very first Section mentor program designed by former chair Richard Shoop. Keep a look out for details on the second DOAH Trial Academy next fall and for an expanded mentor program on the ALS website.

The board certification examination for State and Federal Government and Administrative Practice has changed to place more emphasis on Florida law topics such as Florida administrative law, Florida constitutional law, Florida government litigation, and the Sunshine Law. Eighty percent of the examination is now devoted to these state law topics and twenty percent to federal law. Rumor has it that a name change and more revisions to the examination may come later—stay tuned for that.

Finally, join me in welcoming John MacIver as the new Director and Chief Administrative Law Judge of DOAH. I am happy to report that Chief Judge MacIver has already attended Section events and has pledged DOAH’s continued support for our programs. You can learn more about Chief Judge MacIver in Richard Shoop’s interview in the December 2019 issue of the Administrative Law Section’s Newsletter.

Update on Changes to the Uniform Rules of Procedure

The recommended changes address, among other things: filing by e-mail, new requirements for qualified representatives, contents of the notice of rights, new requirements relating to service of papers, appearances by specifically-named persons, intervention, additional requirements in connection with the duty to confer, a new rule regarding disqualification of the presiding officer, the computation of time, informal proceedings, emergency action and bid protests.

The Committee’s work included some 13 meetings over 15 months. It benefited greatly from numerous public comments.  The Committee initially solicited suggestions and then developed several drafts that were distributed for comment, including drafts dated June 18, September 18 and November 4–all of which were posted on the Section web site. Updates on the Committee’s work were provided to the Section’s Executive Council in June and November. The Second Report of the Uniform Rules of Procedure Committee dated November 1 may be viewed here.

If the Executive Council approves the recommended changes, then these will be submitted to the Administration Commission, which has the exclusive authority to propose and adopt changes to the Uniform Rules of Procedure.

The Uniform Rules were last updated in 2013 based on recommendations from the Section. For a summary of these changes, see the April 2013 issue of the ALS newsletter.   As in 2013, any amendments to the Uniform Rules will become effective only if formally proposed and adopted by the Administration Commission in accordance with the rulemaking process in the APA. 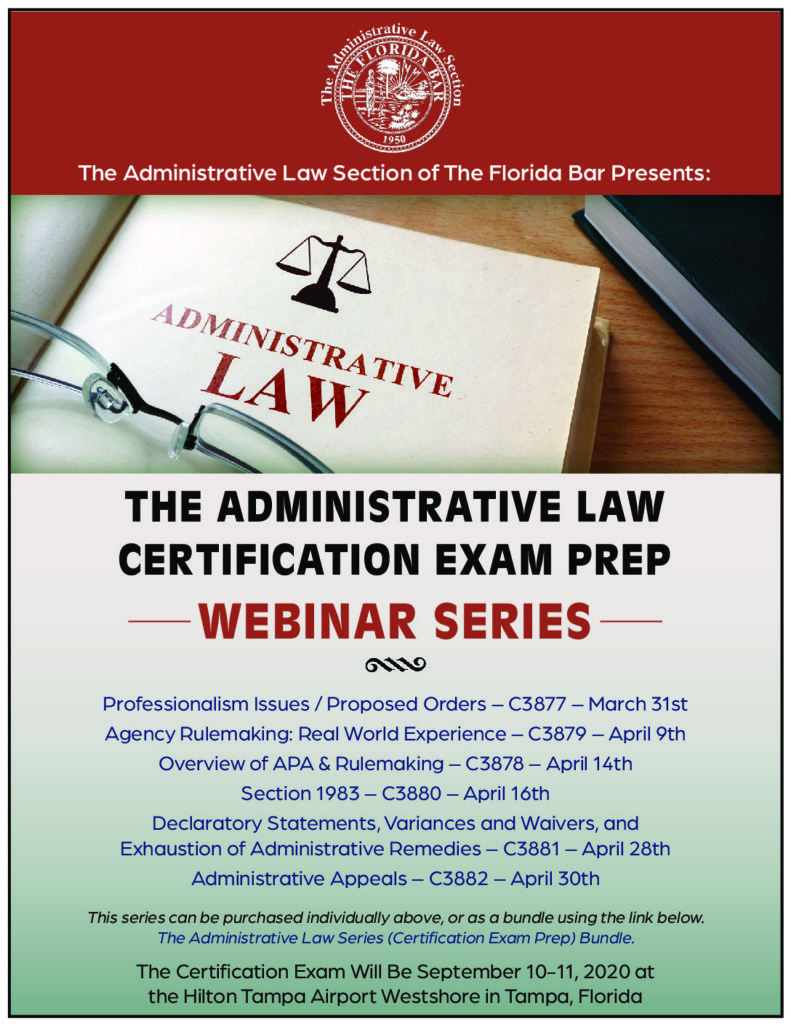 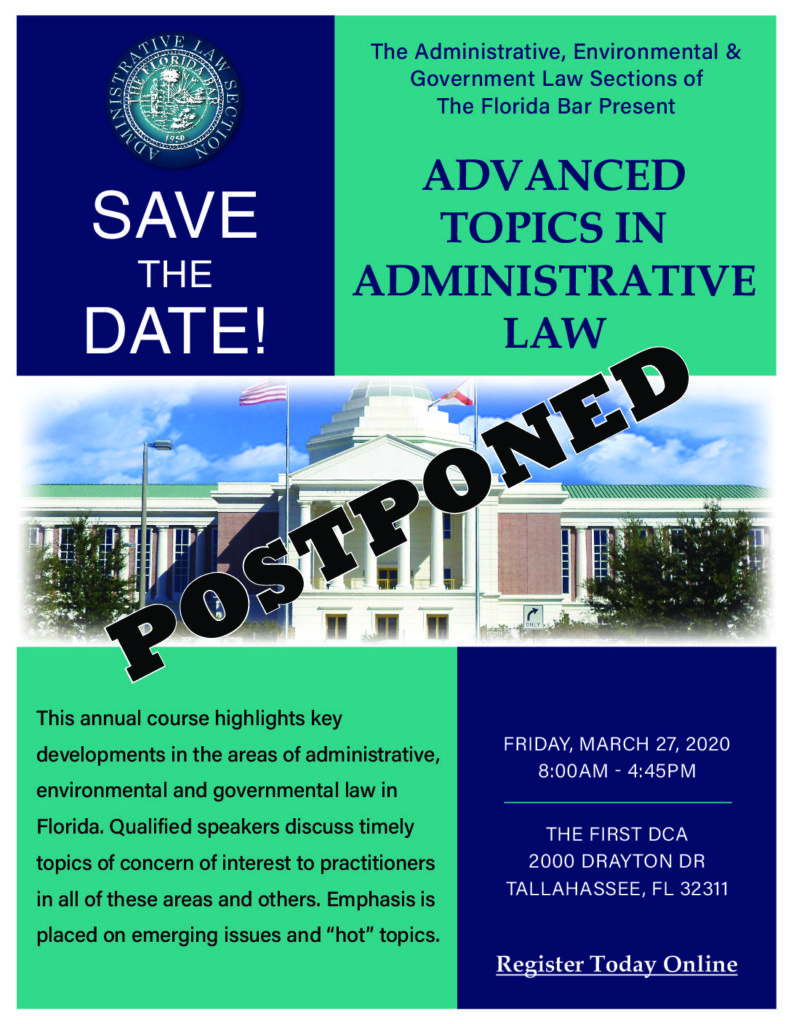 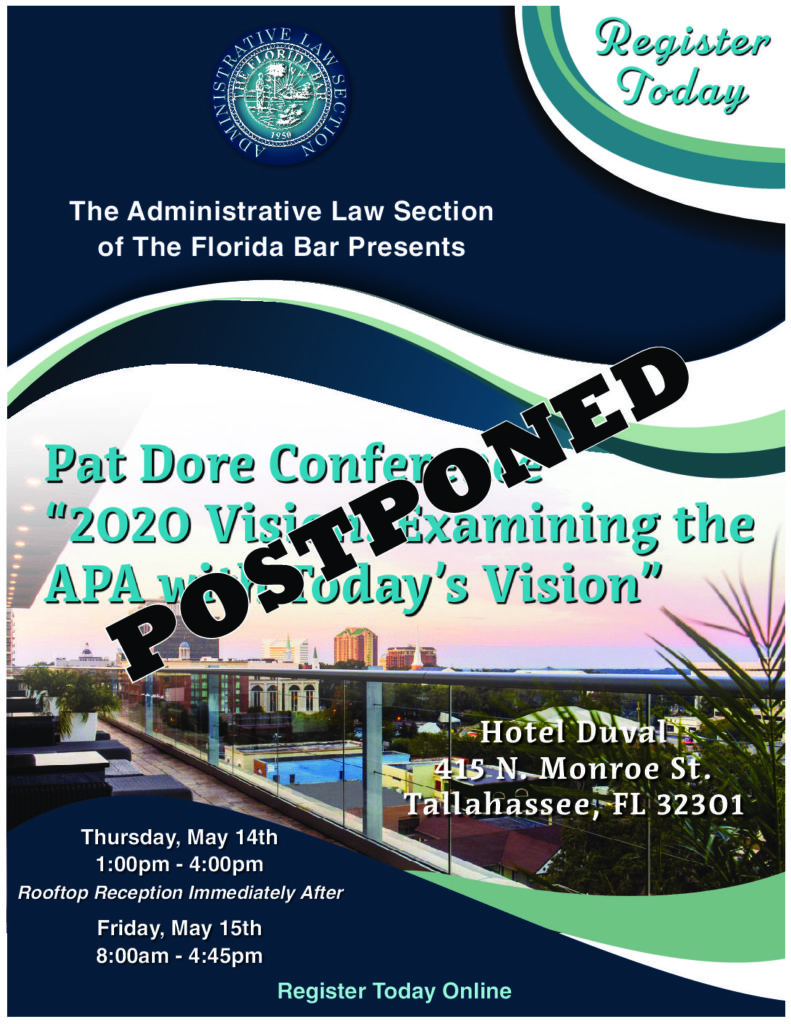 Registration for this program can be found here. 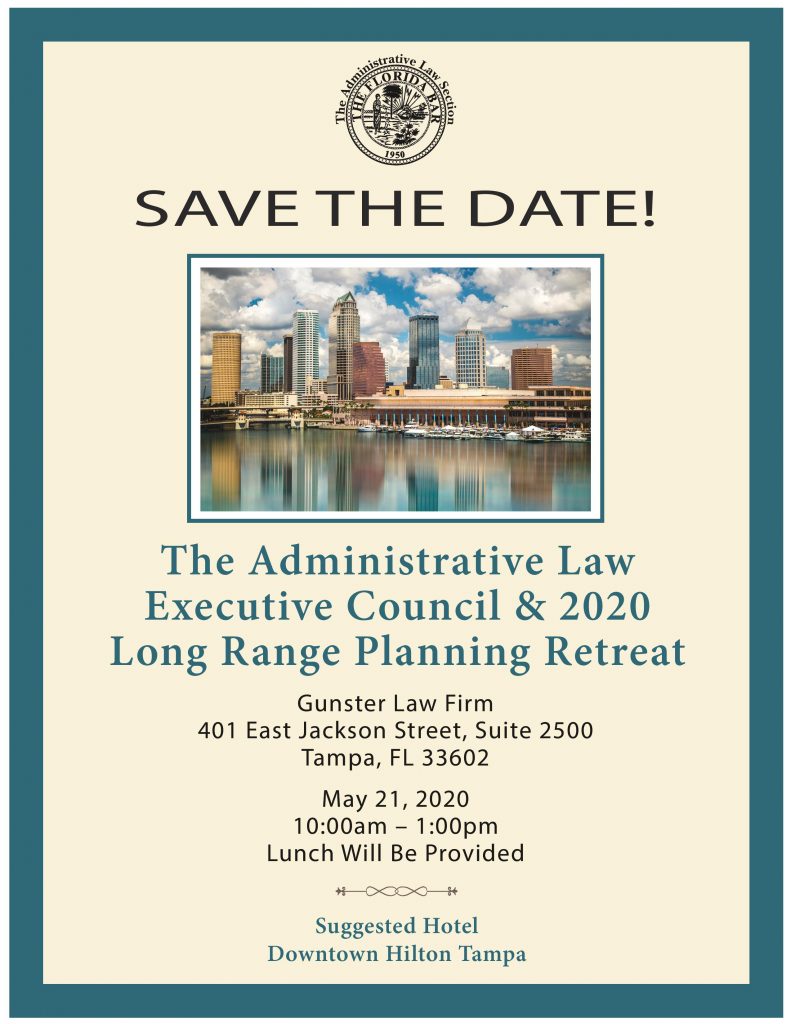 See some hot topics in administrative law and submit your own suggestions.

The Florida Bar is the organization of all lawyers licensed by the Supreme Court of Florida to practice law in the state. The Florida Bar’s core functions are to: Regulate the practice of law in Florida; ensure the highest standards of legal professionalism in Florida; and protect the public by prosecuting unethical attorneys and preventing the unlicensed practice of law.

The executive branch of Florida’s government is made up of 35 separate and distinct agencies, who have been tasked with the enforcement of the laws of Florida. These agencies have been delegated rulemaking authority by the Legislature of Florida in order to achieve that goal.

The official site of the Florida Legislature, Online Sunshine contains the current and historical statutes of Florida, information on legislative and executive branch lobbyists, joint legislative committees and other entities, as well as other important legislative information.

When state agency actions affect the interests of Floridians, they have a place where their grievances may be heard – independently. Unlike complaints against federal agencies and agencies in many other states, grievances against Florida agency actions most often appear before a central panel for administrative adjudication. In Florida, citizens have the right to be heard before an independent judiciary at the Division of Administrative Hearings (DOAH).

The Florida Administrative Register is published on the internet free of charge by the Florida Department of State as just one of its programs to increase public access to Florida government. There, Floridians are able to leave comments on rules and learn about rulemaking procedures. The Florida Administrative Code is the list of rules that have been promulgated by the 35 state agencies of Florida.

The Joint Administrative Procedures Committee conducts continuous oversight of executive branch actions implementing legislatively delegated powers, ensuring that each action has an adequate statutory basis, that all applicable procedures are followed, and that no illegal rules are imposed on the people of Florida.

See what events are coming up on the Administrative Law Section calendar, from CLE events to networking opportunities.

Not registered? If you are a party to a case, you may register for electronic filing here. Once your registration has been submitted you will receive electronic notification within 24 hours that your account has been activated. Your registration must be activated before you may file electronically.
See Instructions for menu options and e-filing instructions. Contact the Clerk of the Division should you encounter problems with electronic filing or questions.